HPCL LNG Limited (HPLNG) is developing a Greenfield LNG Storage & Regasification Terminal at Chhara, District Gir-Somnath, Gujarat. The Project site lies on the south coast of Gujarat State and the nearest airport is Diu Airport. The Terminal is spread over ~138 Acres and is within the boundary of an all-weather multi-purpose Greenfield Chhara Port, being developed by Simar Port Private Limited (SPPL). SPPL will be providing all necessary services associated with the safe transit and mooring of the LNG carriers at the port
The terminal is designed for regasification capacity of 5 MMTPA with provision to expand to 10 MMTPA capacity.
This project has been conceived and being executed with an objective of providing environment friendly fuel which is used in cooking, industrial and automotive purposes. This project once completed achieves the objectives of providing clean fuel to the nation and contribute in achieving Government of India’s vision of increasing share of Natural Gas in India’s energy mix from 6% to 15% by 2030. 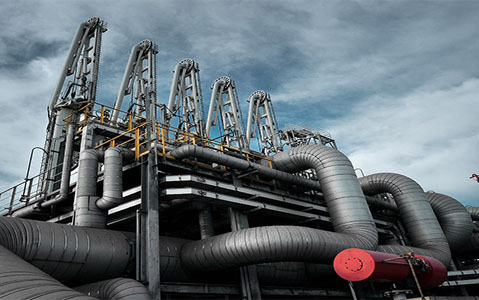 The Project involves development of LNG Terminal with all associated facilities for receipt, unloading, storage and regasification of LNG and supply of regasified LNG to the gas grid. The terminal can be majorly divided into three parts.

For send-out of Regasified LNG, a tie-in connectivity pipeline from Chhara Terminal to Londhpur Terminal is being laid and Gujarat State Petronet Limited (GSPL) has been authorized by PNGRB for constructing this pipeline.